Hydroxytyrosol, endorsed by EFSA for its cardiovascular effect.

Hydroxytyrosol is a phenolic compound present in the olive leaf and in fresh olives, which stands out from the rest of the phenols due to its antioxidant activity, being even superior to that of vitamin E, coenzyme Q10, Vitamin C or resveratrol, in its capacity to inhibit free radicals and prevent oxidative damage as recognized by the EFSA (European Food Safety Authority) (EFSA Journal 2011; 9 (4): 2033).

There are two ways to obtain hydroxytyrosol, from the leaves of the olive tree through a chemical process or by a natural process of mechanical extraction from its fruit, the olive and which is linked to the extra virgin olive oil.

The main property of Hydroxytyrosol is its work as an antioxidant. Numerous studies have demonstrated its ability to curb the oxidation of low density lipoproteins (LDL, also known as bad cholesterol). This action is of the utmost importance because oxidized LDL accumulates in the vascular wall and contributes to the development of atherosclerosis.

Atherosclerosis is a common disease of the main blood vessels which is characterized by a narrowing in the arteries due to the presence of fatty plaques and cholesterol and calcium deposits that prevent the normal passage of blood through these arteries.

Demonstrated benefits of Hydroxytyrosol and that EFSA endorses:

Aceites Valdezarza participates in the OILOX research project to obtain extra virgin olive oil with a high content of Hydroxytyrosol. 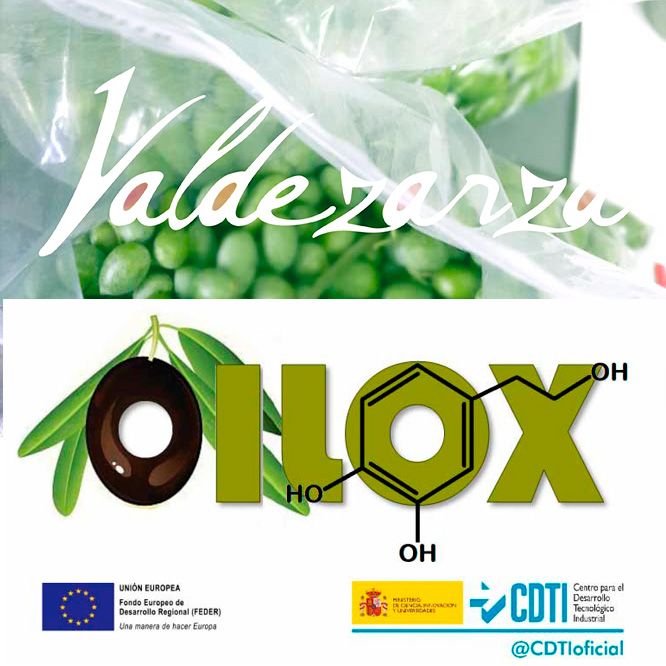